After parsing and processing a BidRequest from OpenX Ad Exchange, your bidding application should return a valid response. If you do not want to place a bid on a bid request, return one of the following:

Each OpenX Ad Exchange bid response contains a BidResponse object with a single SeatBid object, as shown in the diagram.

Each Bid object may include a notification URL in its BidResponse.seatbid.bid.nurl field. If that bid wins the auction, a GET request is made to the URL after any substitution macros in the URL are expanded. 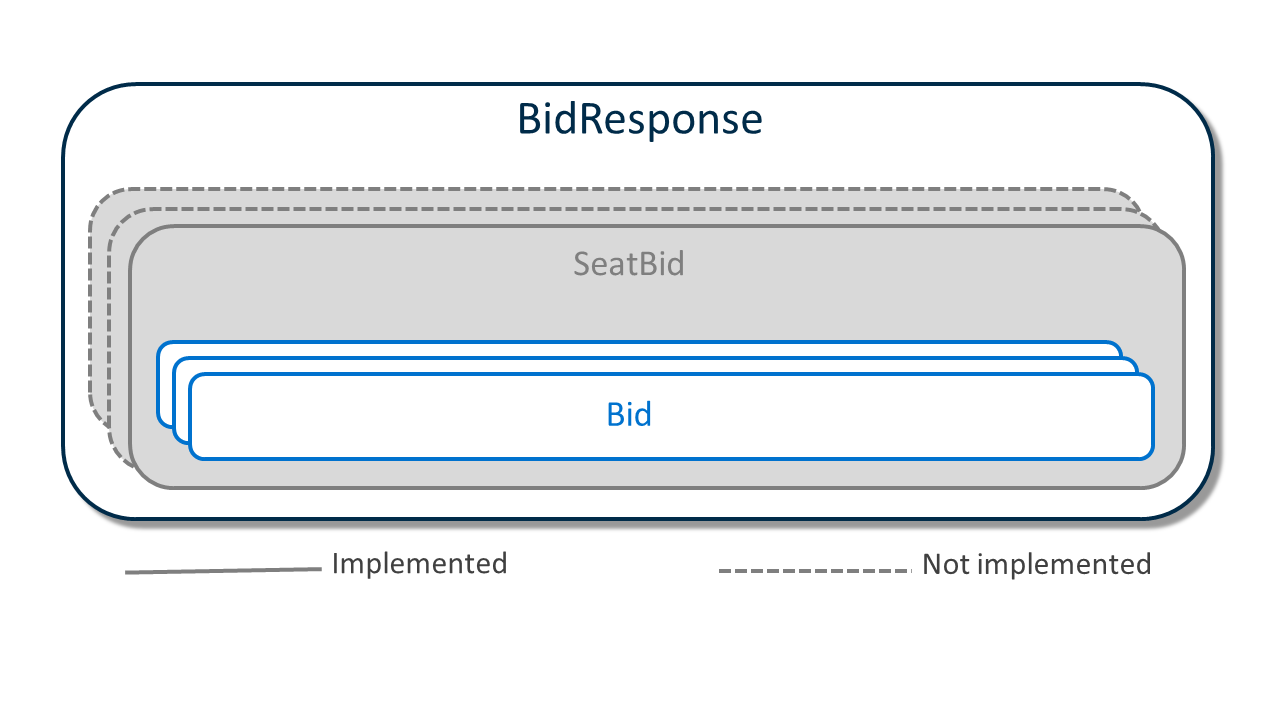 You can submit multiple bids for each bid response of a given auction. OpenX Ad Exchange accepts responses greater than 1 kB, but they may negatively impact performance. Try to keep responses ≤ 1 kB.

The following table describes required and optional fields for each BidResponse you send to OpenX Ad Exchange.

Submitting multiple bids in a single response has the key advantage of helping you hedge against your bid getting discarded, for example, due to a publisher block on the advertiser or an OpenX block against the creative itself. By submitting multiple bids to a single bid request, you have a higher chance of winning the auction and getting the impression. OpenX only submits the highest bid from your bid request to the auction. In other words, your bids are not used against you to floor your bid.

This method of sending bid responses can have advantages for you in certain situations, such as: