Managing a deal consists of several tasks you can perform on a deal. This includes changing the status of a deal, editing a deal, troubleshooting a deal, and more.

The OpenAudience™ UI Deal List, allows you to easily create and manage your existing deals.

You can search for a deal by typing its name or deal ID in the search box. The most recently created deals are listed on top of the table by default. To sort deals data, toggle the desired column header. Columns are arranged in descending order on the first click and ascending on the second click.

To sort and filter deals by Status, open the filter dialog

to select and apply more than one filter.

Once your deal is created, the Deal Details screen displays the deal’s information and current settings such as: 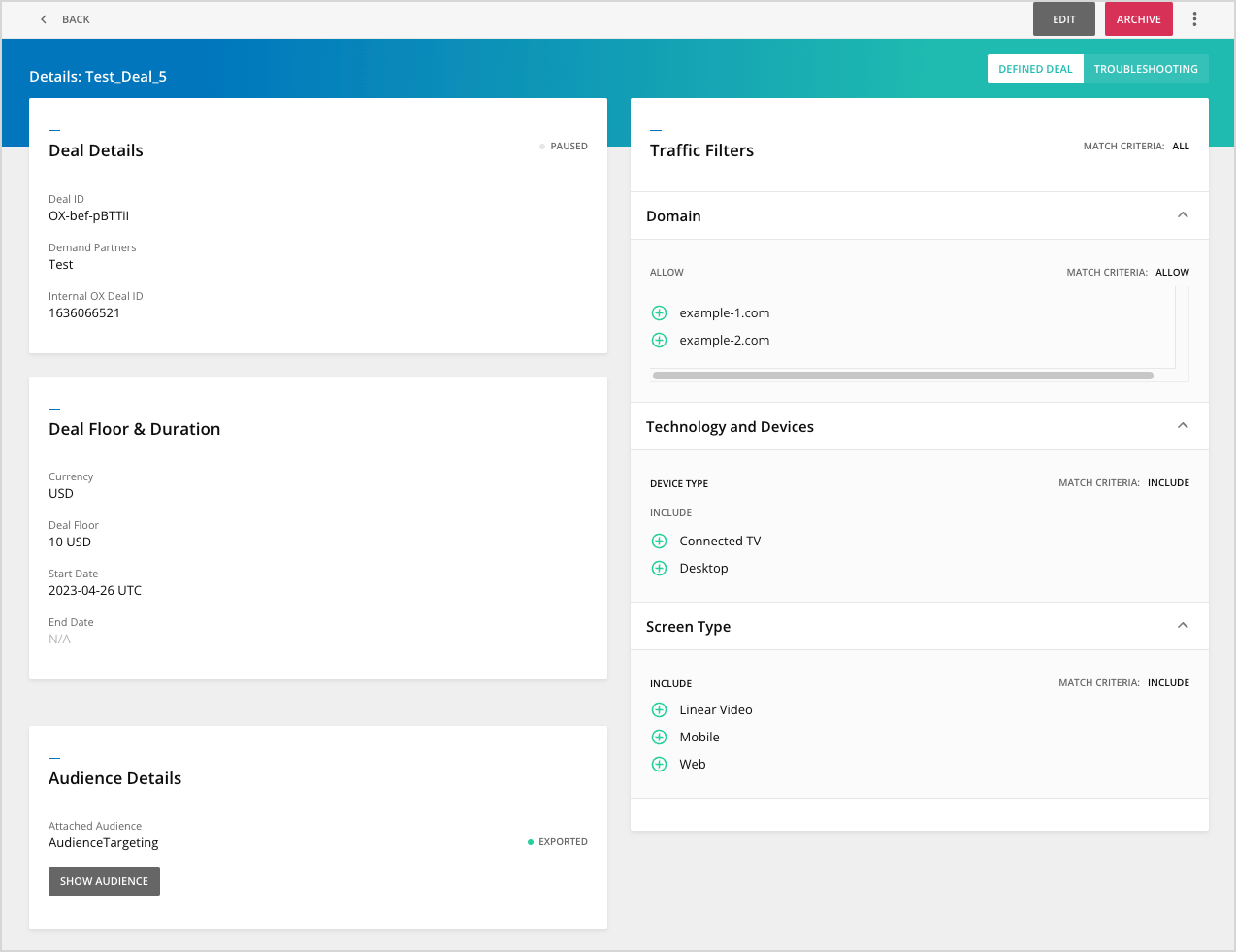 You can also directly Pause, Reactivate, Clone, Edit, Attach Audience, Edit Traffic Filters, Archive, and Troubleshoot the deal by clicking on the corresponding button located on the top right of the screen.

For example, if you need to attach an audience to your deal, click Attach Audience to directly access the Add Audience screen. 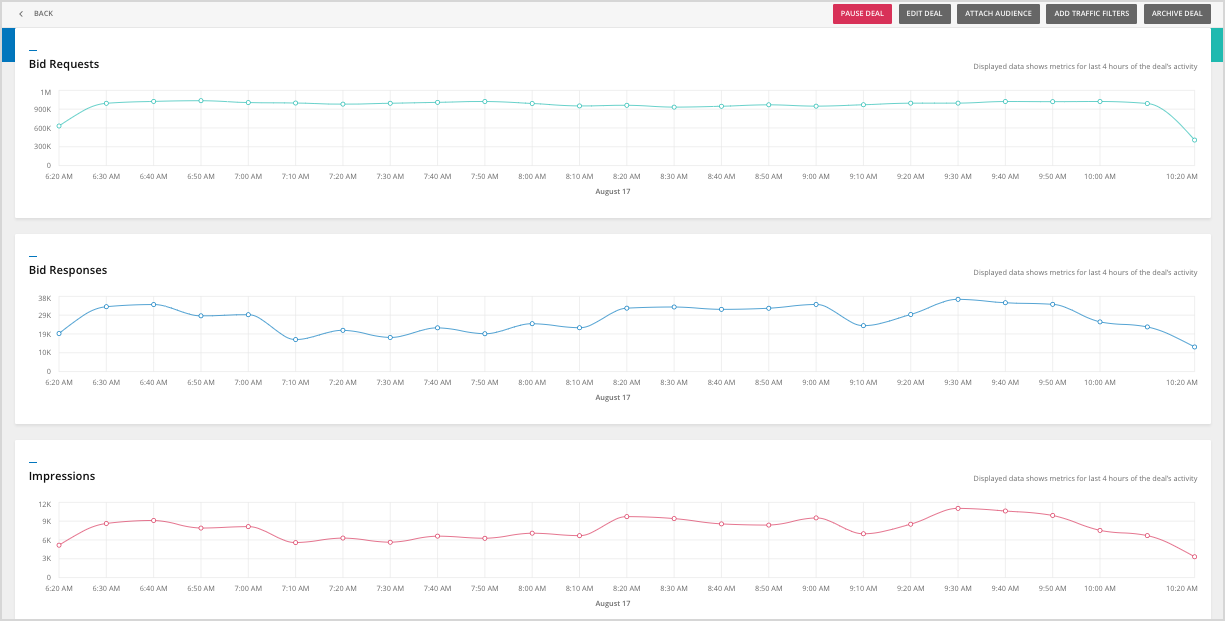 You can display all metrics based on time by hovering your cursor above any of the graphs.

You can also directly perform many actions by clicking on the corresponding button located on the top right of the Troubleshoot screen.