OpenX provides a UI interface which allows publishers to efficiently create and manage existing deals. Some of the tasks you can achieve in the Deals List are as follows: 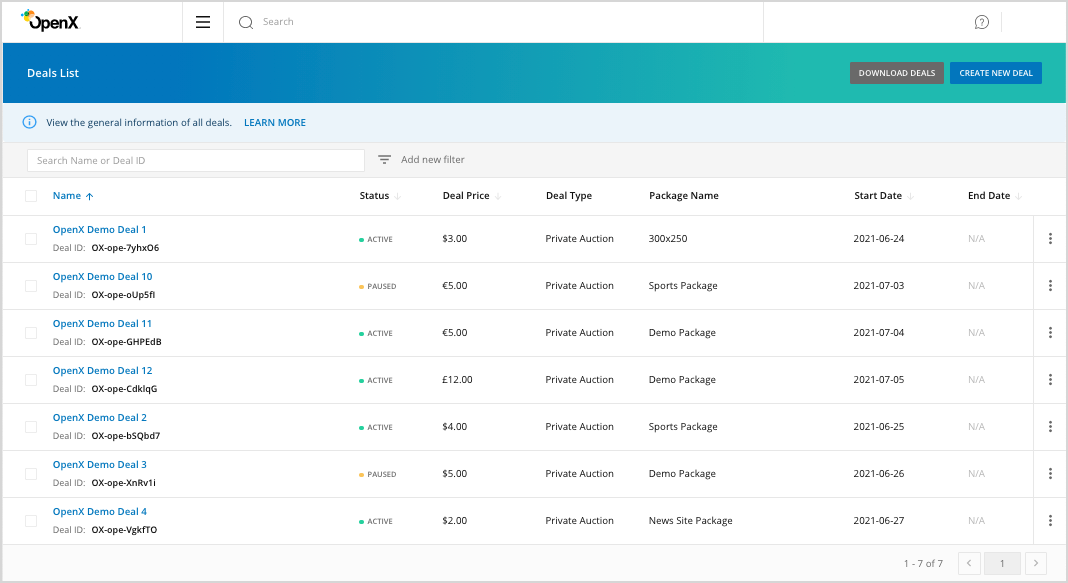 For a complete description of the Deals List, see Managing Deals.