Managing a deal consists of several tasks you can perform on a deal. This includes changing the status of a deal, editing a deal, cloning it, troubleshooting a deal, and more.

All existing deals can be viewed and easily managed from the Deals List screen, where you can perform the tasks described below. 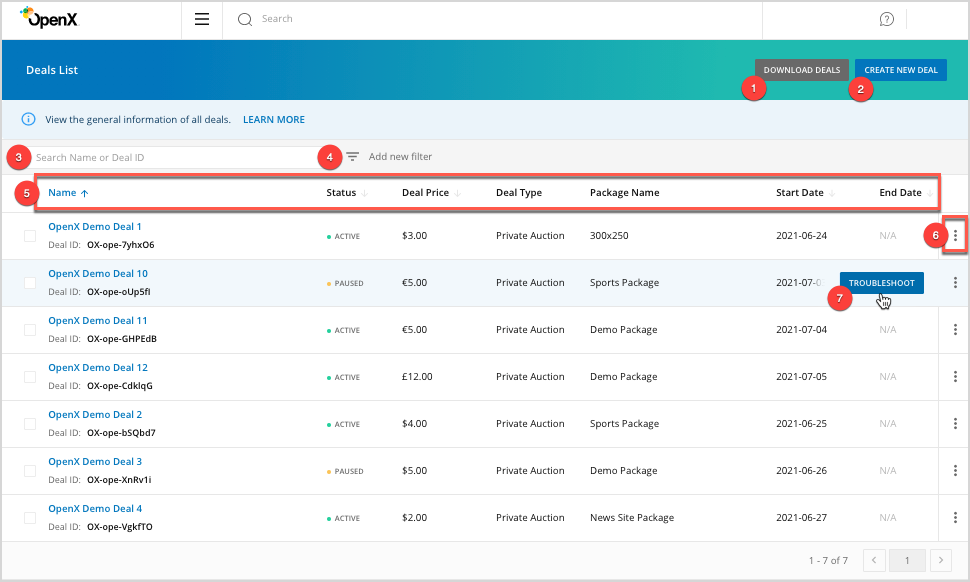 Applying an Action to Multiple Deals

Some of the actions can be applied to multiple deals. These actions are Resume, Pause, Clone, and Delete. To achieve so, check the boxes of the deals you desire on the Deals List, and then click on the corresponding action button located on top of the page. 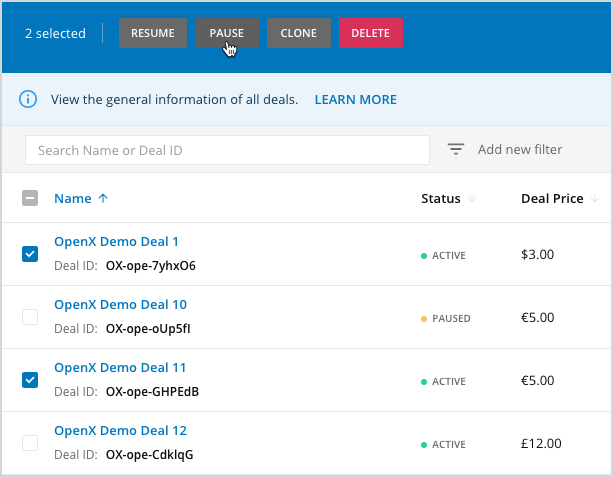